It is a joy to announce the appointment of Bryan Long as the Director of Church Multiplication.  He has served as the chair of the Church Multiplication Committee for the past three years.  Bryan has been an integral part of the development of the current church multiplication work of the CCCC as the Nineveh Network.  He will work closely with the ministry staff of the Conference to develop the CCCC Way of Life. 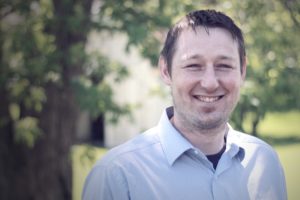 Bryan shares this in response to the appointment.

It is my honor to be appointed as the next Director of Church Multiplication for the CCCC. Eight years ago, I attended the first church planting gathering in Los Angeles called the Nineveh Project. It was there I met Ron Hamilton and Rob O’Neal and was introduced to your way of life. I never looked back! Since then, I planted a church with the CCCC, served on the Church Multiplication Committee and eventually chaired the team. I am excited to carry on the work Rob has done and continue to bring vision and direction to the conference.

Bryan graduated from Eastern University and Gordon-Conwell Theological Seminary.  He is an Ordained Minister in the CCCC and currently serves as the Teaching Pastor of the Randall Church in Buffalo, New York.  He has previously served as the Youth Pastor at the Free Christian Church in Andover, MA and the planting pastor of the Agora Community in Rochester, NY.   Bryan is married to Molly and they have three children, Mia, Micah and Rudy.

We also want to thank Rob O’Neal for his ministry in Church Multiplication. Rob resigned from this position to begin a new venture in ministry as the Senior Pastor of Valley Community Baptist Church in Avon, CT on June 1st. Rob says,

“Thank you for the opportunity to fill this role. It has been a joy to plant churches, build teams, and cheer for our planters. I’ve enjoyed working closely with you and seeing the Conference thrive. God bless the CCCC in the next season.”

Video Resources on the Pilgrims
Pressures Pastors are Facing